The Carolyn Nussbaum Music Company was founded in Dallas, Texas in 1996 as a one-woman repair shop. Today, our internationally-established retail, repair, and distribution center supplies flutists with nearly everything they'll need in their musical life - whether it be instruments, music, direction, or knowledge. Our in-house staff members, most of whom are flutists, are able to offer an unparalleled level of expertise and service.

We stock many of the top worldwide brands and models of piccolos, flutes, alto flutes, bass flutes, and more unusual members of the flute family. As a central hub of the flute community we stock Altus, Amadeus, Azumi, Brannen, Bulgheroni, Burkart, Di Zhao, Emanuel, Gemeinhardt, Geoghegan, Goosman, Guo, Hammig, Haynes, Jupiter, Kingma, Levit, Lyric, Mancke, Martin Gordon, McKenna, Miyazawa, Muramatsu, Nagahara, North Bridge, Pearl, Powell, Resona, Robert Dick, Sankyo, Sheridan, Sonare, Song Young Chan, Trevor James, Williams, and Yamaha. Every instrument that passes through our company, new or pre-owned, is play-tested and adjusted by our professional repair staff; this allows us to often offer double warranties on our flutes, as we are so sure of their quality and adjustment.

Our sheet music department stocks a huge range of music for the flute family - from solo works to complex mixed ensembles; from children's holiday music to pop play-alongs to academic 21st-Century music. We constantly have new works arriving, from new to ancient, so if you have trouble finding anything please contact us; we're more than happy to go hunting.

We supply a large range of accessories, bags, accoutrements, and musical needs directed towards the flute player. We also offer a full consignment system and a wide range of used piccolos, flutes, harmony flutes, and headjoints.

Ms. Nussbaum pursued her interest in flute making and repair over a two and a half year period, studying under such flute makers as Chris McKenna, one of the top flute repair professionals and piccolo makers in the country. Having successfully completed technical training at Verne Q. Powell Flutes in Waltham, MA she has been repairing instruments since 1994 and started the Carolyn Nussbaum Music Company in 1996.

Carolyn Nussbaum received her Bachelor of Arts and Bachelor of Music degrees from the University of Houston, where she studied flute with Byron Hester. At the University of North Texas she completed an Master of Arts degree in flute, studying under Jacqueline Hofto and Kathy Chastain, and also finished her thesis on the mechanical development of the modern flute. 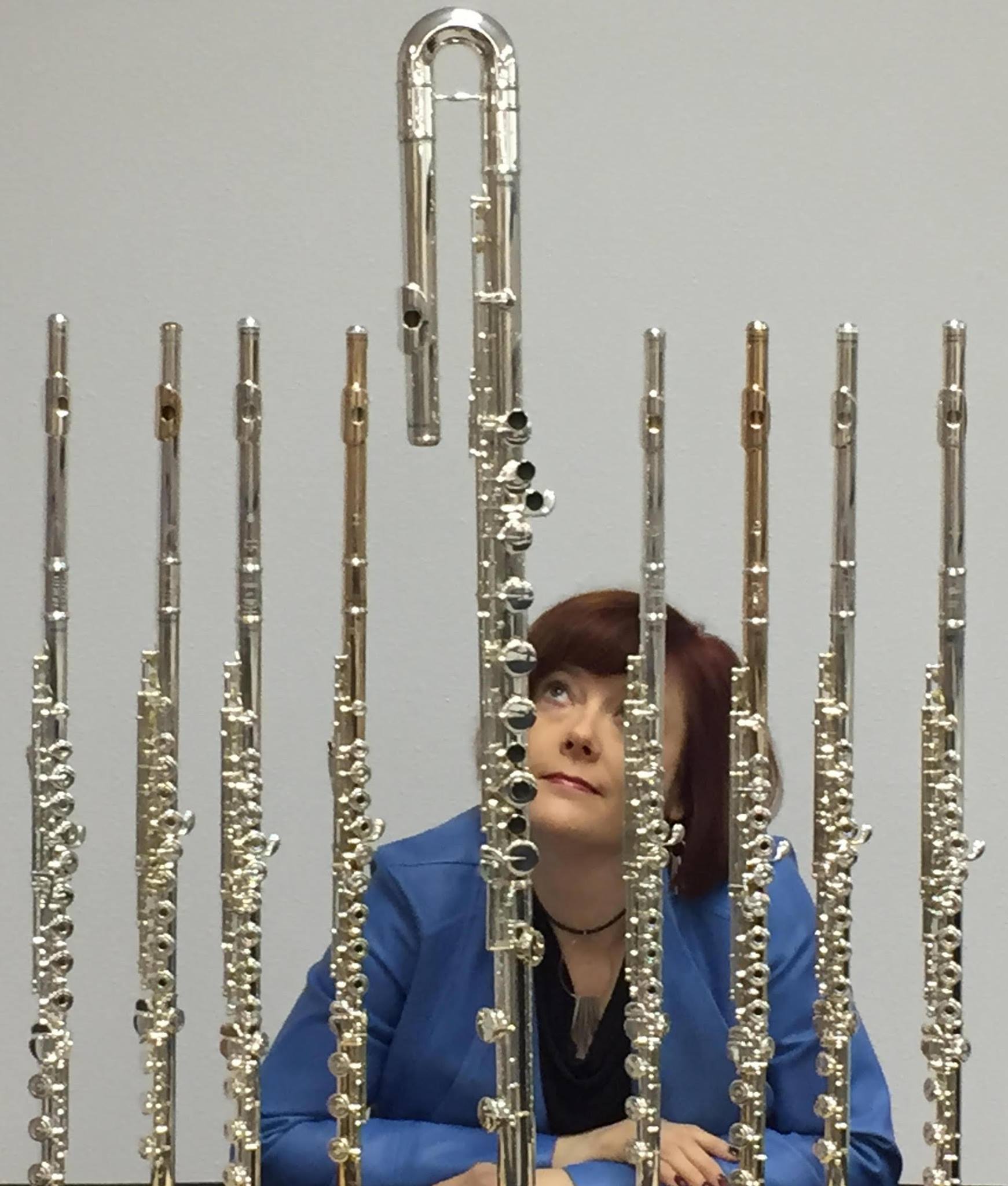 Mary Lyons, flutist, received her Bachelor of Fine Arts in Advertising Art from the University of North Texas in 1994 and went on to receive her Master of Arts in Music with a concentration in Flute Pedagogy from Texas Woman’s University in 2006 while studying under Dr. Pam Youngblood.

Carmen Chavez graduated with her Master of Music degree from Colorado State University in May of 2020 where she studied flute performance with Dr. Michelle Stanley. There, she also served as a Graduate Teaching Assistant in CSU’s Music Appreciation classes. She has performed as principal flute in CSU’s top ensembles including the University Symphony Orchestra and the Wind Symphony and was a finalist in the annual Concerto Competition, performing with the CSU Symphony Orchestra in the Spring of 2019. She received her Bachelor of Art degree from the University of Texas at Arlington studying flute performance with Dr. Terri Sánchez. While there, she was named Honorable Mention in the annual Concerto Competition and performed as a soloist with the UTA Symphony Orchestra in the Spring of 2017. Prior to beginning Graduate studies, Carmen was teaching private flute lessons in the DFW area at Birdville High School. While staying active in the flute community, she won the Outstanding Undergraduate Soloist award at the Texas Flute Society Festival from 2016-2018. She has also served as an intern at the Texas Summer Flute Symposium in Commerce, TX organized by Dr. Julee Kim Walker in the summers of 2016 and 2017. She has performed in numerous masterclasses with acclaimed flutists including William Bennett, Jake Fridkis, Marco Grenados, Paula Robison, Christina Jennings, and Valerie Coleman. Upon completing graduation from CSU, Carmen moved back to North Texas where she is from and now is serving as a Flute Specialist at the Carolyn Nussbaum Music Company and actively teaching a flute studio locally.

Chelsey Fields, flutist, received her Bachelor of Music Education degree from New Mexico State University in 2008 studying under Dr. Lisa Van Winkle. After receiving her undergraduate degree, Ms. Fields worked as an intern with the Carolyn Nussbaum Music Company before obtaining her Associates Degree in Band Instrument Repair Technology from Renton Technical College in 2009. Ms. Fields now manages the repair shop and works as a flute repair specialist at the Carolyn Nussbaum Music Company. In the summer of 2015, Ms. Fields became an authorized and licensed service technician for Muramatsu flutes and in the spring of 2017 she became a licensed service technician for Brannen flutes. Outside of music, she enjoys sewing, quilting, and crafting and has even won ribbons at the State Fair of Texas for her quilts, embroidery and more.

Taylor Carter began his apprenticeship as a Repair and Maintenance Technician in May 2021 under head technician, Chelsey Fields. Taylor graduated with his Bachelor of Music in Flute Performance in 2018 at Oklahoma City University, studying with Parthena Owens. He immediately began working on his Master of Music in Flute performance with professor Owens, graduating in 2020, while also teaching young flutists at Oklahoma’s chapter of El Sistema, a non-profit dedicated to providing support for local students and families across the US and Venezuela, and freelancing in the metro. His interest in repair grew prominently while in grad school after meeting Chelsey at the Oklahoma Flute Society Flute Fair held at OU. 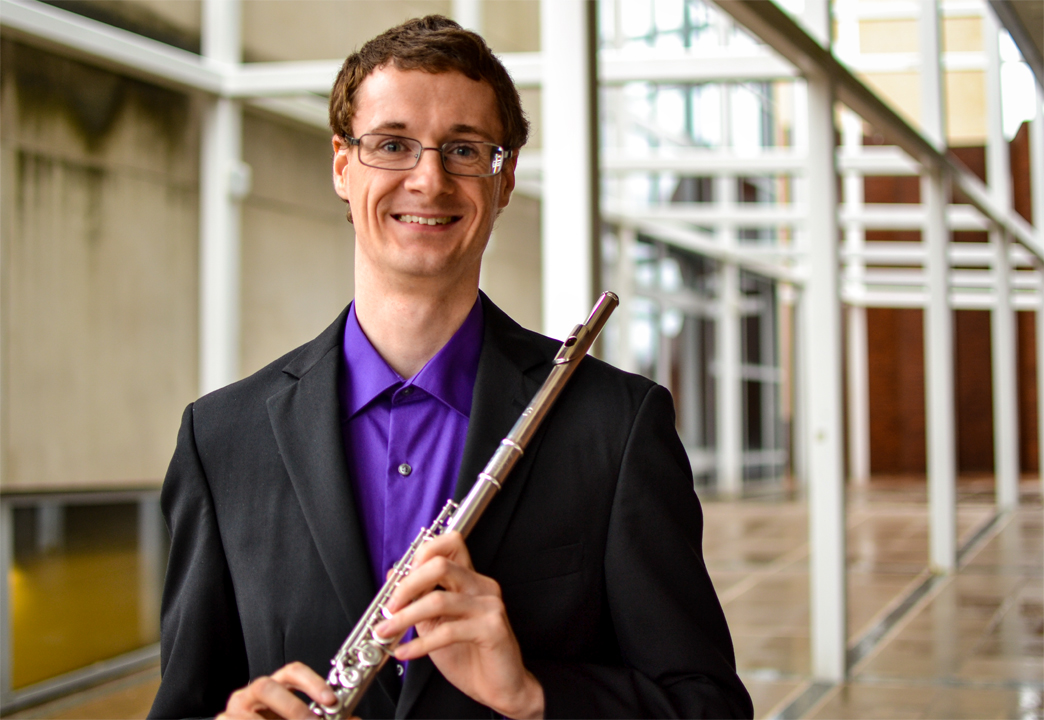 Daniel Gallagher is a professional flutist and teacher currently based in Dallas, Texas. Daniel earned his DMA in flute performance from The Ohio State University, where he taught private lessons and a flute choir course as Graduate Teaching Associate of the flute studio. Additionally, he has presented lectures, masterclasses, and recitals across the US and has coached flute ensembles at the OSU Flute Workshop, Five Seasons Chamber Music Festival, and other venues. Recent awards include First Place in the Central Ohio Flute Association's Young Artist Competition and Third Prize in the National Flute Association's Young Artist Competition. Daniel also holds performance degrees from Illinois State University (MM) and Luther College (BA). His principal teachers include Katherine Borst Jones, Kimberly Risinger, Carol Hester, and Melanie Mathew. 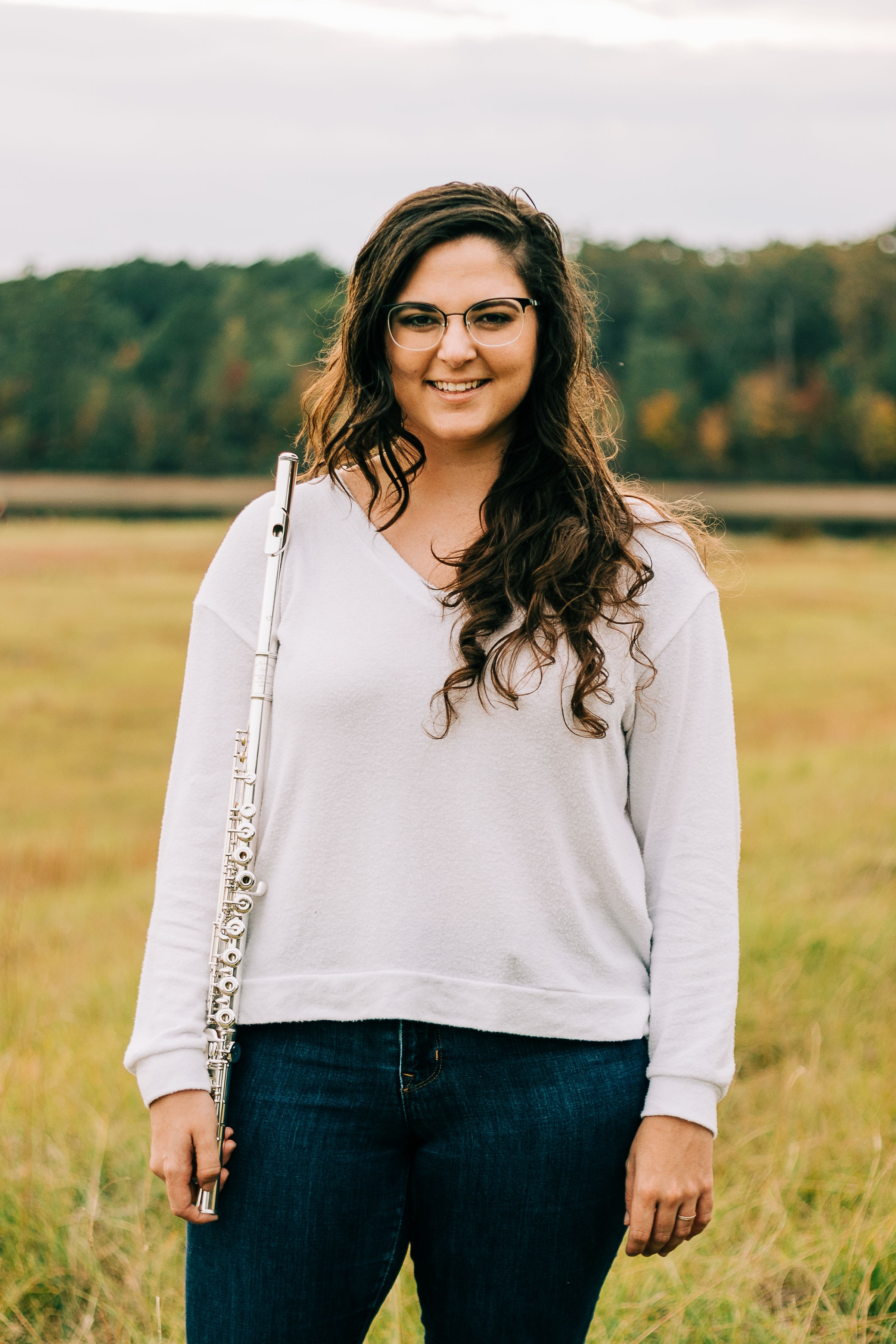 Allison Adams Rojas is a 2019 graduate of Texas A&M University-Commerce where obtained her master's degree in flute performance, and a 2017 graduate of Stephen F. Austin State University where she earned her bachelor's degree in music education. Ms. Rojas is an active flutist and teacher, having been a performing member of the Orchestra of the Pines, the Longview Symphonic Orchestra, the Texas Voices, East Texas Symphony Orchestra, and the New Life Symphony Orchestra to name a few.

Allison is a former student of Dr. Christina Guenther and Dr. Julee Kim Walker. Besides her position at Carolyn Nussbaum Music Company, Rojas is a private flute lessons teacher in the DFW and East Texas areas.