Since we get quite a few questions about instrument stands, here's a guide to the most popular ones (for flute, piccolo, alto flute, bass flute, and contrabass flute).

These are your smaller, quick-transport stands - good for everything but extended home use and extremely windy days. Very light. 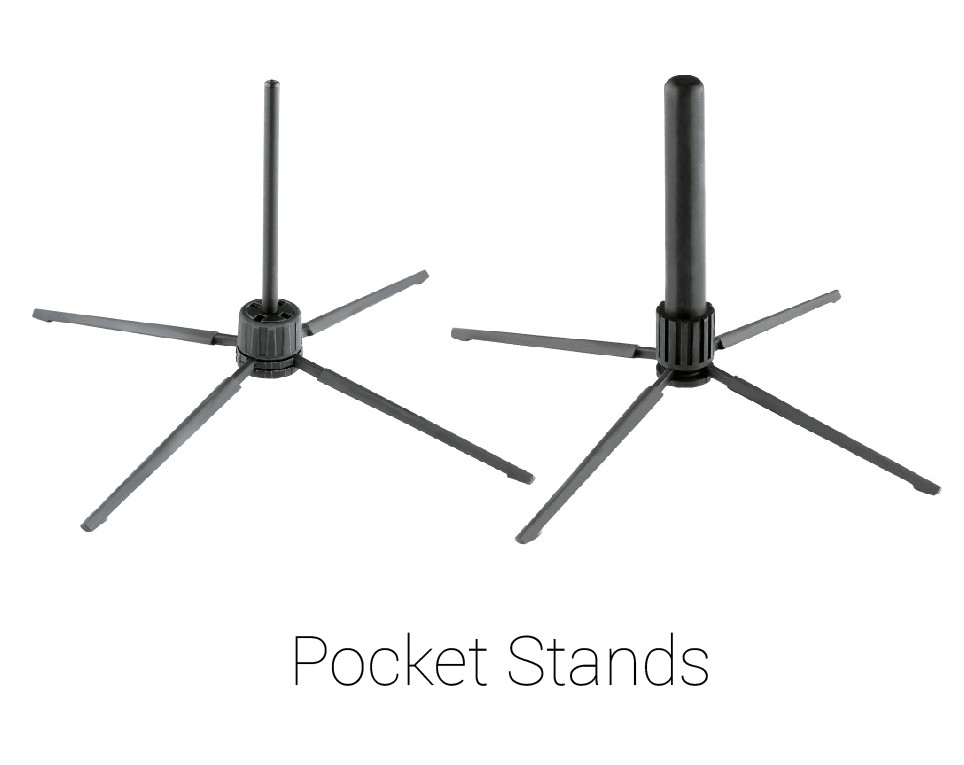 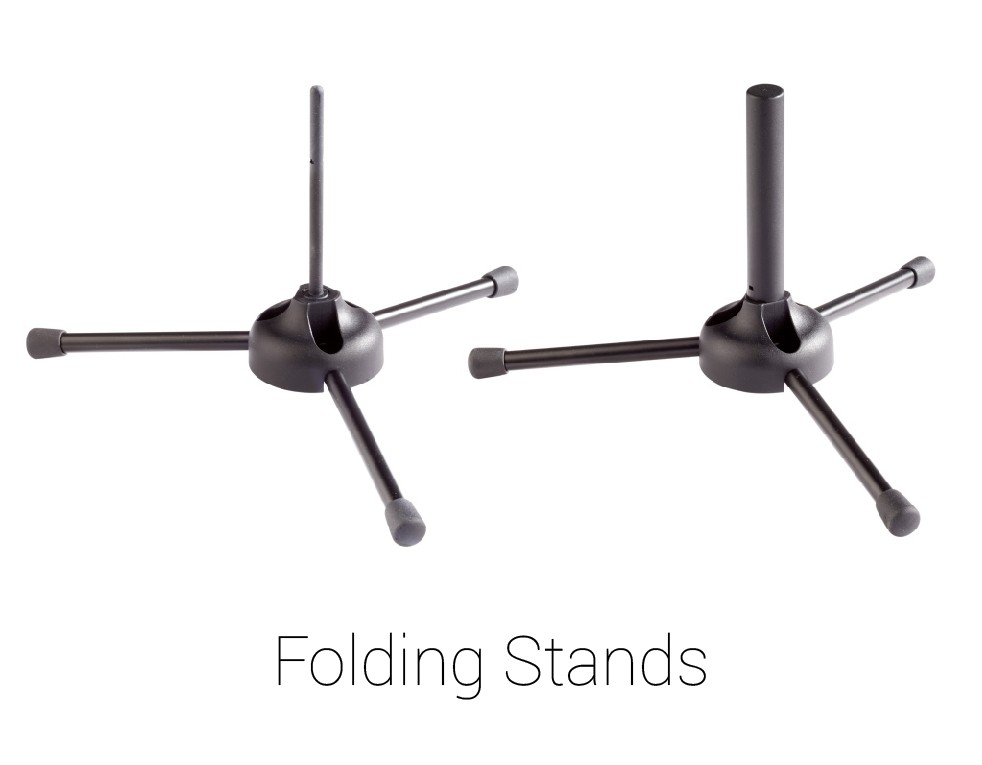 The most popular lightweight, travel-friendly stands are K&M's Compact "Pocket" Stands (for flute or piccolo) and K&M's slightly bulkier Folding Stands ( also for flute or piccolo). The Pocket Stands fold up quite tightly and fit into most flute case pockets (hence the name!), but at the cost of a bit of stability. The Folding Stands are the reverse; a bit bulkier, and will probably need to go in your bag or backpack, but with thicker legs.

The Hercules Travlite Stands (for C-foot flute and B-foot flute) have a particular claim to fame: they fold up tightly enough to be stored in your footjoint. We don't actually recommend storing it in your footjoint - it increases the chances of moisture and mold being trapped in your flute for longer periods of time - but it does show just how small it folds up. 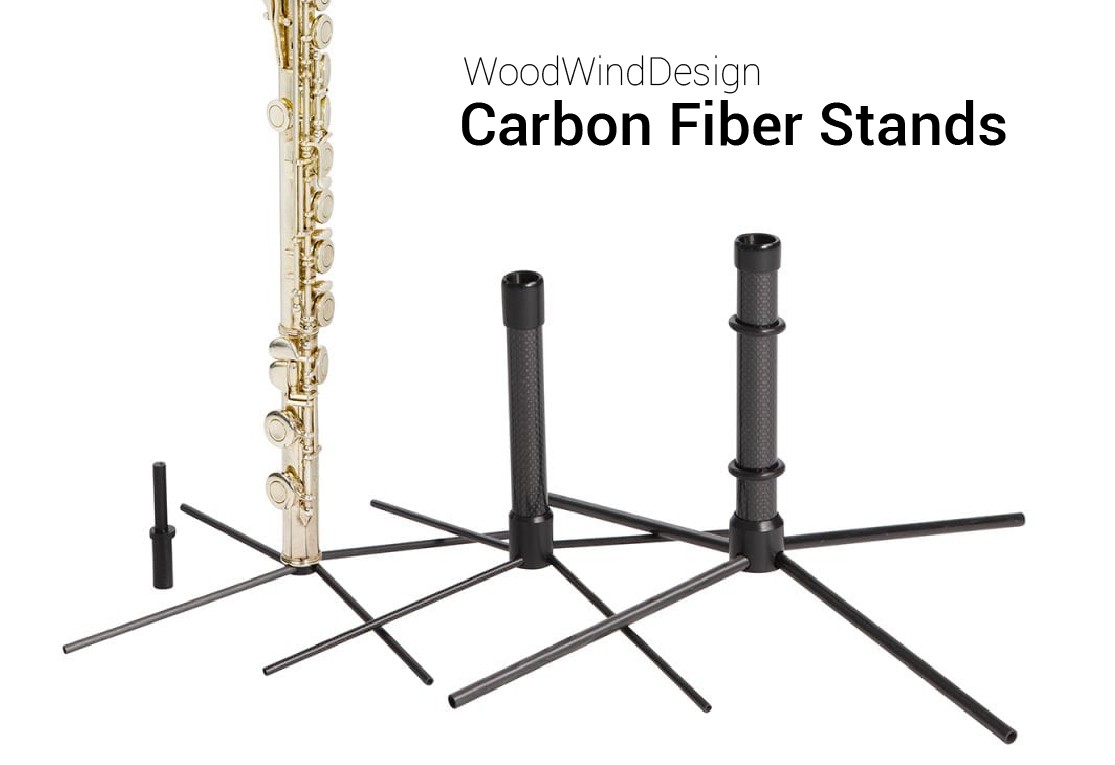 The WoodWindDesign Carbon Fiber stands - for flute or piccolo, for alto flute, and for bass flute - are the lightest and most compact stands we carry, while also being extraordinarily stable. The legs are actually attached to the stand base via strong magnet, and are removed and slotted into the center of the base for transport. These are almost as small as the Hercules Travlite stands, in fact. The trade-off is, of course, that they're somewhat more expensive.

The Contrabass flute stand, especially, is your best option if you need one of the big boys! It breaks down (below) into several smaller parts quite easily, fits into a contrabass flute case, and weighs just under two pounds. 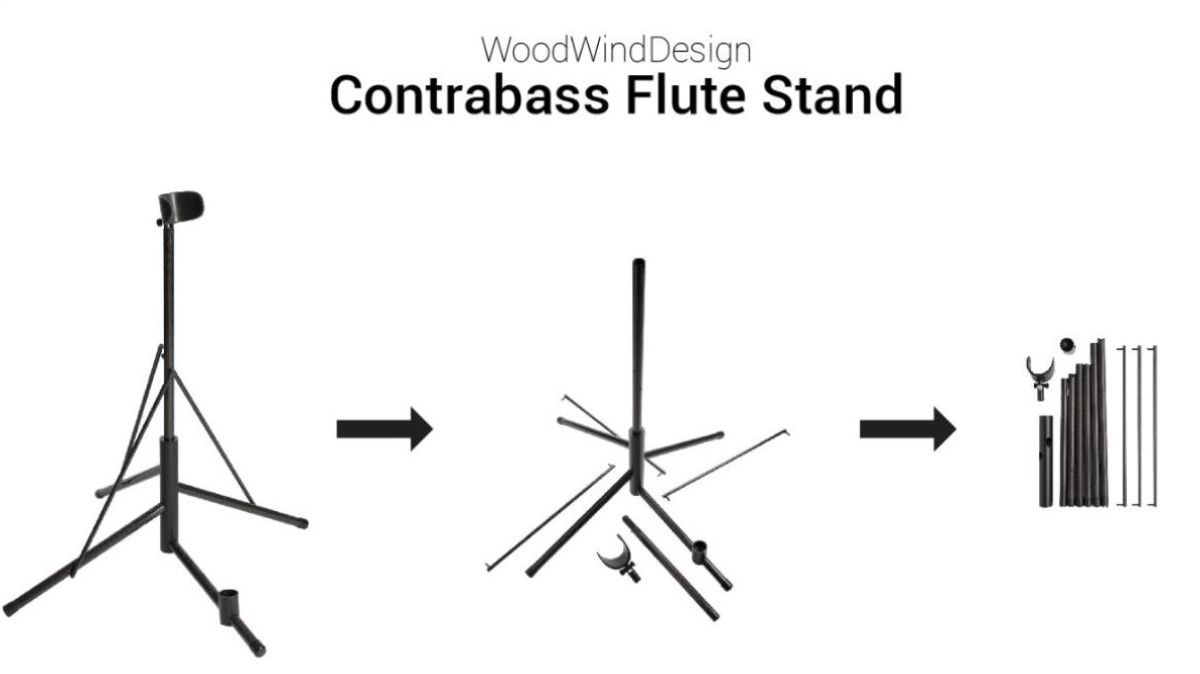 These are the larger, sturdier stands that you might use as a permanent stand, and can easily be used traveling if you don't mind the weight. 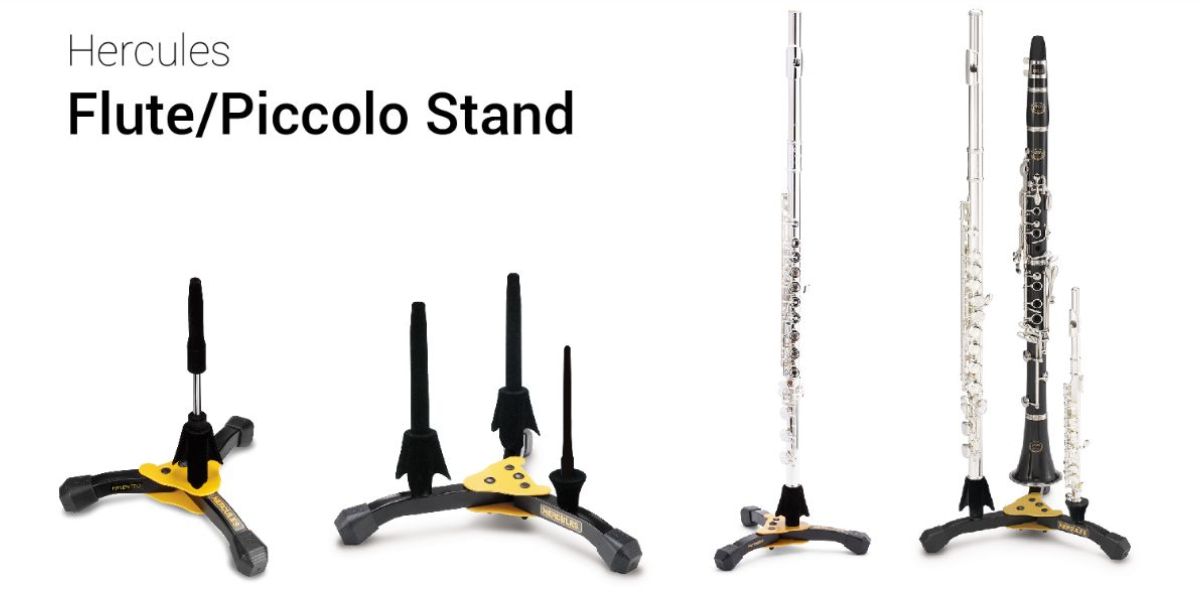 Hercules is the workhorse of countless schools, large ensembles (especially wind and band), and home. They fold up easily, come with their own bag, and last through heavy use. All their pegs are padded.

For flute, the single-peg Flute/Clarinet stand (good for either instrument) is great if you only use one instrument. It can be turned into a single-piccolo stand with the addition of a piccolo peg. For players with both flute and piccolo, or multiple other instruments, the Flute, Clarinet, and Piccolo Stand comes with two flute/clarinet pegs and one piccolo peg.

The Alto Flute Stand comes with a special, larger peg for the alto. It does, however, have two extra peg holes that can be fitted with either the flute or the piccolo pegs.

Valentino stands have heavy, square (small) or rectangular (large) bases. The square base is best used with either one or two pegs; the large rectangular base can be used with up to three pegs.

The pegs for the instruments are padded at their base - good if you have a habit of dropping the instrument onto the peg (though please break the habit!). Similar to WoodWindDesign, the flute peg doubles as the piccolo peg, with separate alto flute and bass flute pegs.

Lyricraft stands are the most stable stands we carry, and are all made of wood and engraved. These are closer to permanent furniture, and shouldn't be transported too often. The bases can hold from one to four pegs, and the pegs come in three types - flute, alto/piccolo (for the height, so you don't have to bend down as far for the piccolo), and bass.