Here at the Carolyn Nussbaum Music Company we receive hundreds to thousands of new pieces for flute every year. We are thus pleased to begin this weekly New Issue update showcasing some of the best and most intriguing of these new releases that are of high interest to flutists.

Below, please find this week's pick of new publications.

The twelve works for flute alone in this anthology cover a range of styles, musical languages, skill level, and popularity. Here you will find the modern Impressionist sounds of David Froom's To Dance to the Whistling Wind and Margaret Fairlie-Kennedy's Spirit Man; the multi-movement tone poems of Vally Weigl and Otto Luening; the experiments of jazz and academia in Stein, Borroff, and Wigglesworth; and influences from the flutes of several cultures scattered throughout.

24 Songs and Hymns for Flute Alone 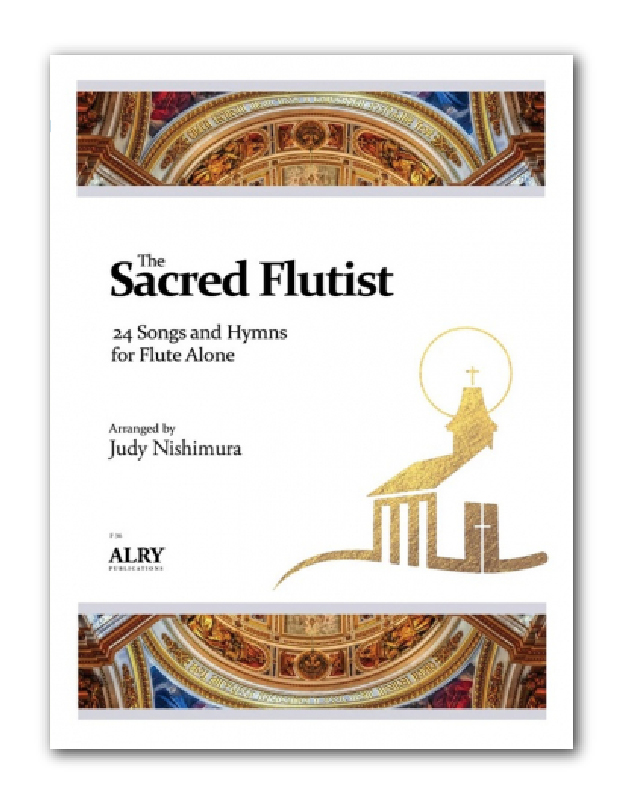 The Sacred Flutist's 24 songs and hymns, arranged for solo flute by Judy Nishimura, do something particularly remarkable. While the pieces do function as music for use (as appropriate service or gig selections), they also effectively distill the sounds and ideas of the full ancient and modern church choir into the single line of the flute. They're also very idiomatically written for the flute, and a pleasure to play - smooth runs on the flute are interspersed with choral ideas (plainchant and small melismas) in an impressively natural pairing.

Each arrangement has also retained the key signature most commonly associated with the tune, and thus can be easily used as a prelude or introduction to the same titles used during a church service.

In short, these pieces are the work of a craftsperson who's created an entire book of pleasurable, attractive, and multi-functional music - very like last year's The Christmas Flutist, also for flute alone, and also excellent. 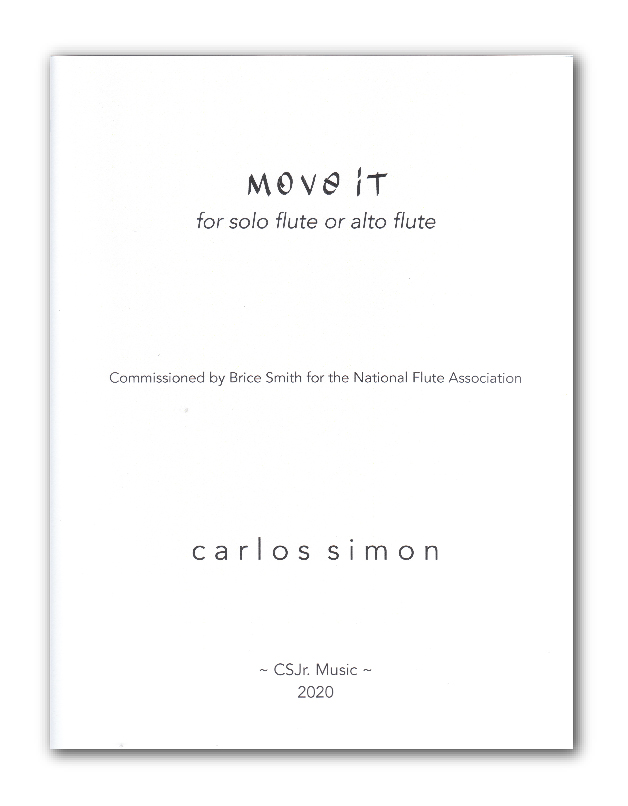 'Move It' was commissioned by Texas flutist Brice Smith for the National Flute Association convention held in Dallas, Texas 2020. It is 4 minutes in duration.

From the composer:
"The pandemic of COVID-19 has continued to influence my social, professional and personal life in ways that I never imagined. I've been frustrated by not being able to function in normal routine of life, but also grateful to have the time to think and explore ideas and thoughts that I would not have done normally. This piece is meant to represent my desire to get out and MOVE.

My intent is to make this piece an imaginary syncopated joy ride. I wanted to explore the percussive and rhythmic nature of the flute; something that moves with energy and forward motion. I'm so excited to be working with Brice and grateful for those who supported this commission."

From the composer:
"Mnicakmun, or 'Sounds of Water,' was begun with the total absence of classical triadic harmony. As I continued to write the piece, I began to break from the strict rules that I set for myself and developed what I believe is a beautiful representation of the different emotions a person experiences in life, using water as the imagery.

The title was a last minute realization that I had written the piece with the Lakota Sioux native flute in mind, so I found it suiting to name the piece and its movements in the Lakota language. The word Mnicakmun is both the description and terminology for the sound that water makes when moving over a rocky surface."